Taking our responsibility
Topigs Norsvin is building a new nucleus farm in Manitoba, Canada. This new nucleus named Innova Canada has loose housing for the sows during the farrowing period. 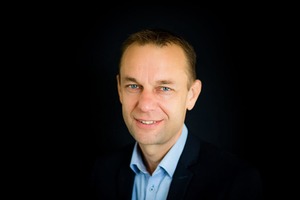 Genetics Director Arjan Neerhof explains the choice for free farrowing. Innova Canada is the latest expansion in the breeding structure of Topigs Norsvin and will be the main location for breeding the Z-line, one of the lines of the TN70 sow. This biggest investment in the history of Topigs Norsvin will lead to increased genetic progress and breeding with future animal welfare legislation in mind. The new nucleus works with group housing in gestation, but also with a free farrowing housing system.

Why loose sows during farrowing?

Arjan Neerhof: “We closely follow developments in society and legislation, and in many places in the world, we see an increased focus on animal welfare. Group housing during gestation has already been mandatory for many years in Europe. In the near future, it will also become mandatory in several other countries around the world.

Free farrowing is following the same path. It has already been mandatory in Norway for many years, and we see developments in this direction in other European countries too. Our expectation is that animal-welfare-friendly production systems will become increasingly important around the world. As the most innovative genetics company with social responsibility at its heart, Topigs Norsvin feels obliged to be a forerunner in these kinds of developments. With the knowledge and experiences we gather on our own farms, we can support our customers who want to adopt this kind of housing system in the future.

However, the most important reason for our decision is that we breed pigs that must meet the future needs of our customers and their markets. We therefore need to look ahead and anticipate the fact that sows will increasingly be housed in free farrowing systems. Innova Canada is an investment for 20 years, and that is the horizon we work with.

What is the effect of free farrowing systems on genetic progress?

“The traits that most influenced are mothering behavior of the sow, piglet survival, and behavior of the sow towards care takers. Also, the legs and structure of sows become more important for a long productive life. The variation between sows in these traits will become more visible, which makes it possible to select better sows and create more progress. This is beneficial, of course, for the customers that work with free farrowing systems as well as for all other customers. We have seen this already in our Norsvin Landrace line in Norway. That has been bred for many years with free farrowing systems, and all TN70 customers experience the benefits of this.’’

Piglet survival is lower in systems with loose sows, I expect?

“That is something you can expect. But it is not necessarily always the case. In Norway, piglet survival in free farrowing systems has considerably increased during the last years. We see it in our nucleus herds and at our customers that use the TN70 sow. It is now the same or even higher compared to other markets still using conventional farrowing crates. The reason is a combination of genetic selection with the right management. We will use the knowledge gained in Norway and some other countries in Innova Canada. One of the first things we will do is to experiment with one or more days confining the sow around the period when she gives birth. That will definitely help to improve piglet survival. But yes, it will be exciting, and we will also have to learn by doing.”

Isn’t investing in a system that is still under development a big risk?

“Indeed, free farrow systems are still under development. We have spent quite some time on reviewing available systems and consulting experts in this area. Recommendations from our customers have also been taken into account. This has all contributed to our knowledge and means we are not stepping into the dark. It is a road we have to take, and in the future, many of our customers will have to do the same.’’

Innova Canada will use the Pro Dromi Liberté system for sows during the farrowing period. This system can house the sows free with their piglets but also confine the sows during the farrowing process. The piglets have a nest with a microclimate and a warm waterbed floor. During gestation, the sows will be in small groups of 26 sows. Feeding is with individual feed drops with shoulder partitions/dividers called stanchions. 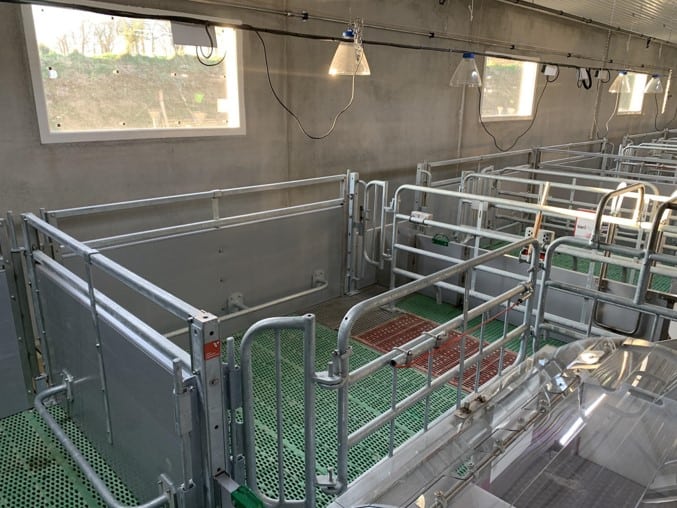 Other news articles Nieuwsoverzicht bekijken ›
Our Distributors
Join our team!

The world is changing very fast.
We work on solutions in quick changing markets. Welfare, Carbon Footprint, Transparency and Food Safety are top priority in the solutions we provide.
Do you like challenges as we do? Join us on developing and innovating total solutions!

Check out our vacancies here!